It was Porsche's original intention to use the six-cylinder from the 911 in the 904, though the reliability of – and widespread availability of parts for – the tried-and-tested Fuhrmann engine became first choice for the launch in 1964. Initially the Porsche team had no idea that they were onto a succes. There was a lot of uncertainty that they would be able to sell the required 100 cars to homologate.. This doubt was unfounded – the car’s immediate competitiveness, incredible reliability and outstanding versatility meant a further number of cars were built to satisfy the overwhelming demand.

We have posted some of the races. When in a year there were two races on the same circuit we posted the best result.

In the registry we try, with your help, to post as many current and historic images so people can enjoy the car all over the world. 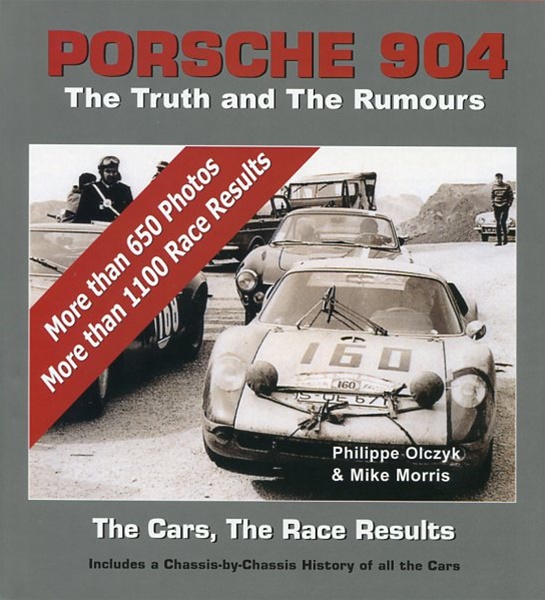 Porsche 904 The Truth and The Rumours: The Cars, The Race Results.

This register originated with the help of this book and it’s author Philippe Olczyk.
The book contains the history of the Porsche 904, race car and rally car. It tells what the cars did, which one did what and more. It explodes myths and is bound to upset those who own supposedly genuine cars that are anything but. The final part of the book is the important part for those who seek originality.